Suicide is the third leading cause of death in 15-19-year-olds.
- Center for Disease Control

Suicidal behavior is taking a deliberate action that may cause one’s own death. Sometimes this behavior may seem ambiguous, such as driving recklessly with the hopes of getting into an accident, or it is very deliberate, such as taking a large amount of pills with the intent to end one’s life.

Suicide is not selfish, as some people may think. People who are suicidal are experiencing unbearable pain and distress. This intense emotional pain, hopelessness and a negative view of the future make balanced and rational decision-making nearly impossible. They can’t think about anything else but ending that pain. Many people who are considering suicide also feel guilty and burdensome to others.

Suicide and mental illness are not a personal weakness or someone’s fault. Suicide can happen to anyone, but rates are also highest amongst vulnerable groups who experience discrimination, such as refugees and migrants; the LGBTQ+ community, and BIPOC (Black, Indigenous, People of Color) individuals.

Other possible signs that a person is having suicidal thoughts may include unusual changes in behavior, even if the changes may not seem related to depression or hopelessness. For instance, someone you know who is usually kind may become angry and aggressive. If someone who has been sad and struggling with depression may suddenly become calm and seemingly happy and at peace.

It is a myth that asking someone directly about suicide will put the idea in their head. If you suspect that someone may be having suicidal thoughts, let them know what you have noticed. For example, you might say, “I notice that you have been talking a lot lately about death and dying.” Communicate your concerns and let the person know that you are there for them. Let the person know that thoughts of suicide are not uncommon. Furthermore, suicidal thoughts do not have to be acted on.

Contrary to popular belief, asking someone if they are feeling suicidal will NOT encourage them to kill themselves. Talking about suicide may be a way for a youth to indicate just how badly they are feeling. We should never dismiss someone’s reasons for considering suicide. Remember, a crisis is different for everyone. What may seem like a trivial matter to you may be very overwhelming for someone else. Respect individual differences in response to stressful situations.

It is important to ask the person calmly, directly and without dread, “Are you having thoughts of suicide? Are you thinking of killing yourself?” Not everyone is going to answer these questions truthfully, but many people have shared that they are relieved that someone has noticed the severe pain and anguish they are experiencing. Be compassionate and nonjudgmental.

Knowing the signs is a start, but not enough. Suicide can be prevented, but we must recognize that the task cannot fall on the shoulders of one person, one family, one agency, or one approach. Only by working together can we see the change we wish to see. 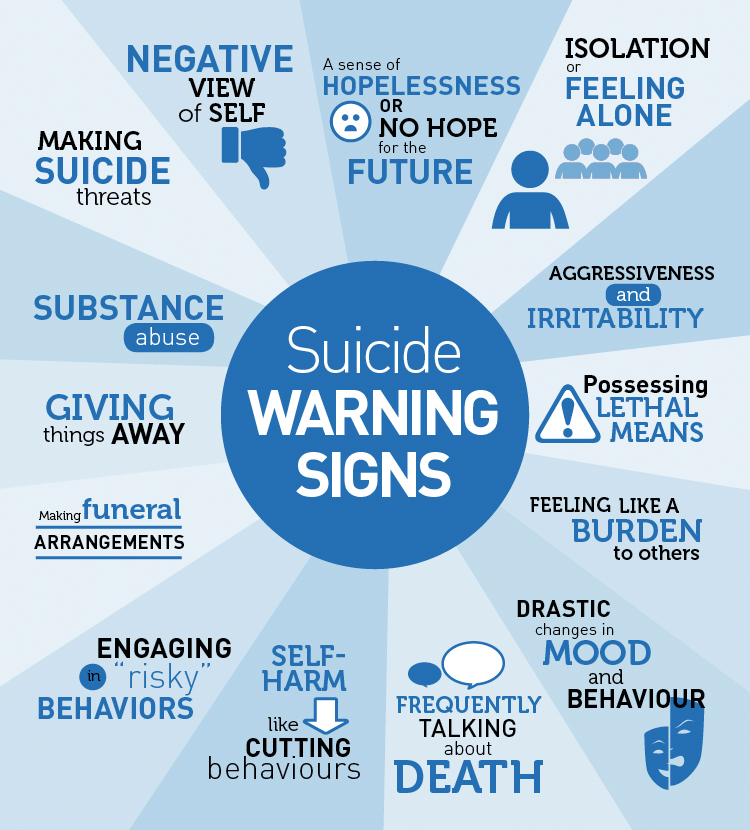 Factors influencing whether someone is likely to be suicidal include: Risk factors sometimes called vulnerability factors, these factors increase the likelihood of suicidal behavior. While warning signs are more immediate such as sudden changes in behavior, risk factors are often longer-term challenges that a young person may deal with over a period of time. 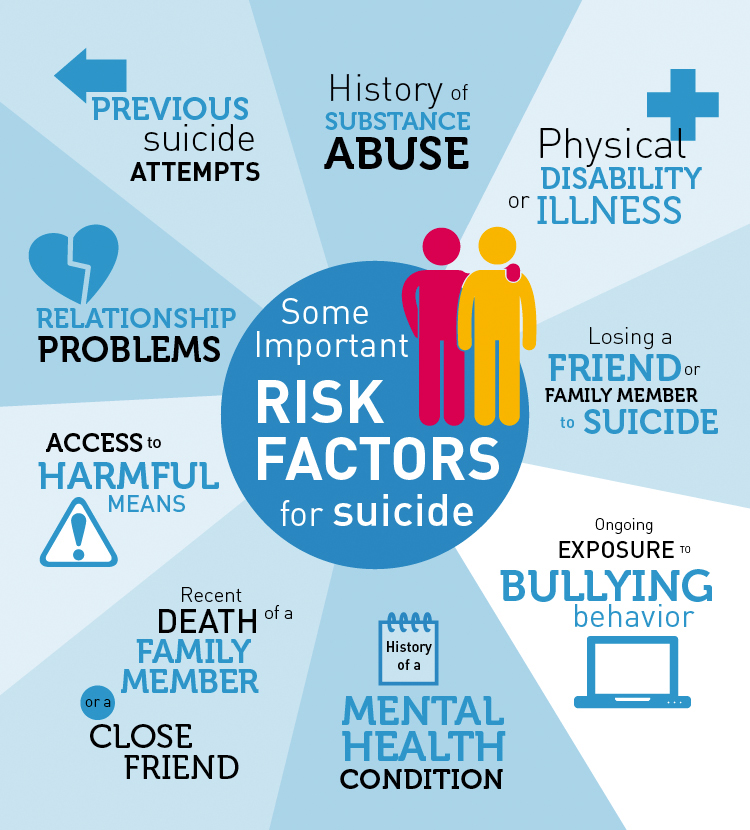 Protective factors reduce the likelihood of suicidal behavior, and work to improve a person’s ability to cope with difficult circumstances. 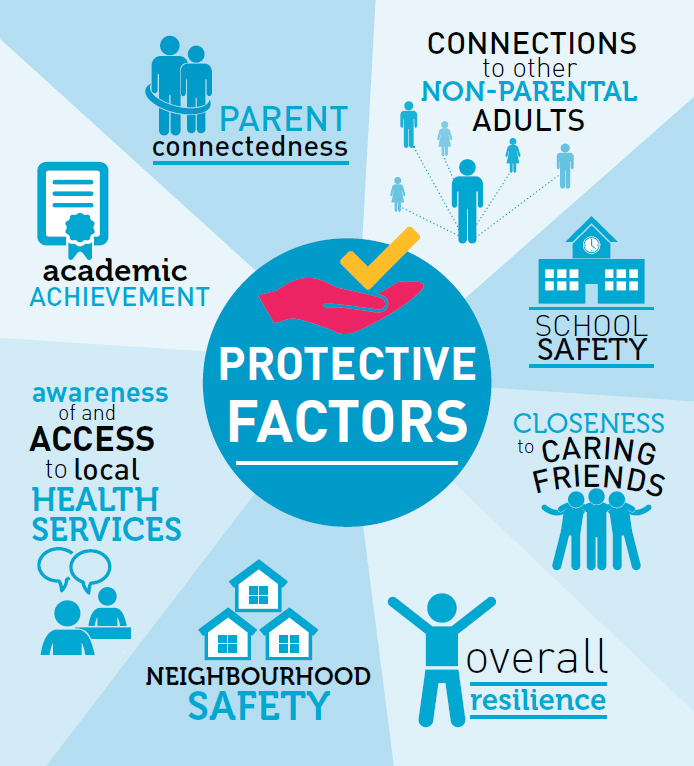 Crisis hotlines are available with trained counselors that speak with someone experiencing a crisis, even if this crisis is not specific to suicidal feelings:

If you are worried about someone who may be suicidal, have these numbers in your phone so they are readily available.

If you feel the person is in immediate danger of harming themselves, do not leave them alone. Call 911 or bring them to an emergency room immediately.

You do not need to be a professional to support someone in crisis, but it’s a good idea to encourage the person to seek professional treatment. Talking with a trusted teacher, counselor, clergy member, or using the Crisis lines can help the person find help.

SAFTY Santa Barbara County CALL: 1-888-334-2777 SAFTY is for Crisis Calls Only. For general inquiries please call (805) 445-7800. Safe Alternatives for Treating Youth (SAFTY) is a mobile crisis response service available from 8am to 8pm daily to all Santa Barbara County children and families. (casapacifica.org website is resource)

Scroll back to top